Armenia has dusted the not so succesful idea of Six4One and has built a singing group of five singers, representing five continents: They are rumoured to be Tamar Kaprelian (America), Inga Arshakyan (Armenia, Asia), Athena Manoukian (Australia), Essai Altounian (France, Europe) and Vahe Tilbian (Ethiopia, Africa). All are Armenians working and living all over the world as you can see. Their song is titled Don't deny and will be presented later.

Updates: It seems it's going to be six artists after all and they will be revealed one by one. Essai Altounian, Tamar Kaprelian and Vahe Tilbian confirmed so far. Stephanie Topalian flies to Asian flag as the fourth confirmed name and the first one not on the rumoured list. Neither is the next one, Mary Jean O'Doherty Vasmatzian as the Australian link. Who will be the last one?
Lähettänyt Ilkar Blogilkar klo 19:20 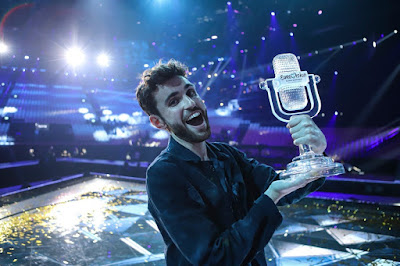