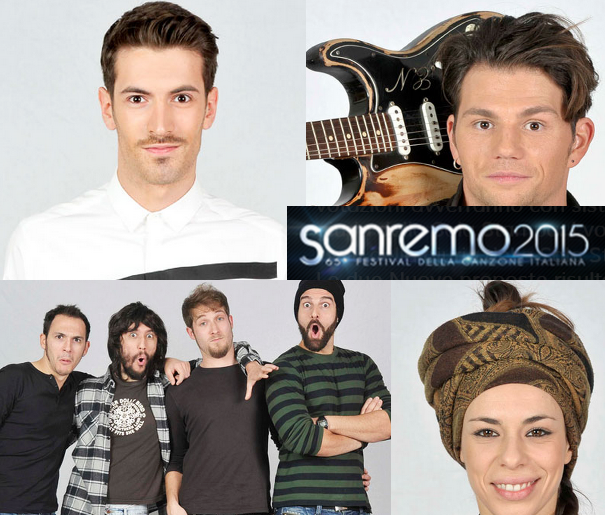 Sanremo's fourth night is ahead of us and tonight things get serious. First the four remaining Nuove proposte or Newcomers have their final in duels and we will have the winner of this category. The duels are as drawn this afternoon:


This blogger isn't happy at all as my ideal final would have been Nigiotti Vs Caccamo so now I can only hope Amara beats KuTso and then Caccamo beats Nigiotti and in the superfinal Amara.
The voting will be a 3some with televote (40%), expert jury (30%) and so called demoscopic jury (30%)

The Big artists will also all perform their songs and be voted the same 3some way. These votes are added to the votes received the first and second night, and in the end four of them will have to watch Saturday's final in TV like all of us.

Meanwhile Sanremo audience success continues. The third aka Covers night was watched by nearly 10,6 million people and share of 49,51%! That's about 3 million and 15% more than in 2014!

Meanwhile Nek has emerged as a betting odds favorite after his win last night wit covers and is at top with Il Volo, it's looking PERFECT for Eurovision, doesn't it? Nek is also the most played Sanremo song in the Italian radios the past three days with 507 plays, followed by Chiara (321), Malika (314), Annalisa (311) and Britti (290). Il Volo's flight haven't quite taken off yet, only 102!

Raf has been looking and sounding very bad this time but it has been kept secretuntil today he's suffering a bad bronchitis. He has been even taken to hospital but should make it tonight, as he tweets from hospital he's already feeling better. Or at least drugged with medicine.