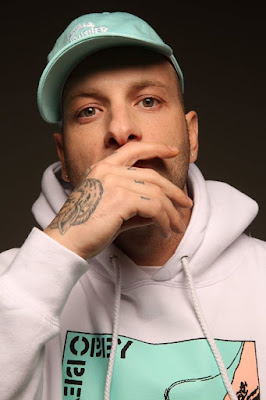 The obligatory rapper in Sanremo I hear you say. Indeed. He was there last year and finished 7th with Quando sono lontano and now he's back with Ragazzi fuori. Oh well...
Clemente Maccaro, aka Clementino (34) has been around almost 20 years already. In his early teens he entered the Napoletan hip hop scene slowly making himself known in the freestyle competiions first locally, then nationally.
His first album came out in 2006 and he has released already five, the six one, Vulcano, being released this year. His previous one, Miracolo! released in 2015 went to #1 in the Italian charts. Last summer he joined Sanremo newcomers winner Rocco Hunt in O' reggae de guagliune