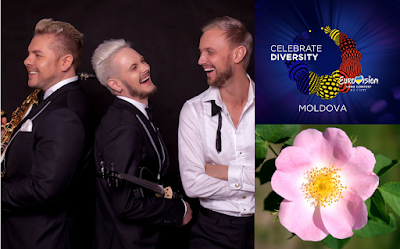 Moldova organized its usual national final, O melodie pentru Europa. TRM received 40 submissions, all of them wree invited for live auditions and 14 were invited for the semifinal. The selection also included a fair share of withdrawels and disqualifications. Eurovision veterans Sunstroke Project won the semifinal and the final finished with a tie with jury's favorite Ethno Republic but the televote was decisive (phew) and they return to Eurovision after seve years with Hey, mamma! written by Anton Ragoza, Serghei Ialovitki, Seghei Stepanov, Mihail Cebotarenco and Alina Galetcaia.

Sunstroke Project is Sergei Yalovitsky (vocals), Anton Ragoza (violinist, composer) and the Epic Sax Guy Sergey Stepanov, who became a real internet phenomenom after their 2010 particiation with Olia Tira. The year before they already tried to get to Eurovision and again in 2012 and 2015 so they are really eager to do it again. The trio celebrates their 10th year in 2017, and in some point fellow Eurovision veteran Pasha Parfeny was part of the band. A lot of song releases and collaborations over the years but no albums yet.

Judging this goes the same way as Romania. Hearing this before the national final I tried to ignore it and look for something else even if it was pretty clear this is going to be the winner. I don't dislike this, this is kinda fun and the sax gives it its special flavour, just like the yodelin in Romania's. Hard to judge but a great addition to the line up. Works wonders live but do I listen to this often without the video? No.  6/10