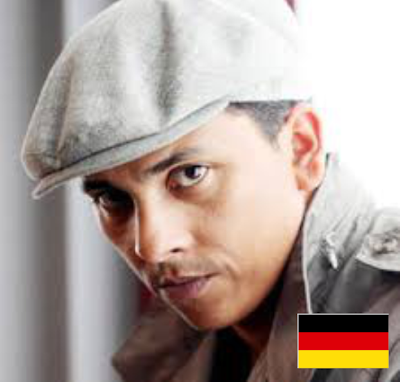 Germany hasn't really nailed it the past a couple of years but the news come as a complete surprise anyways even though they hinted they will have changes in their selection method this time around. This morning they announced they have internally selected Xavier Naidoo for the 2016 Eurovision song contest in Stockholm. Xavier who? Apparently a big name but I have never heard of him.....
Further investigation who he is brings me to this: His political activities has lead to him being labeled as a "Christian fundamentalist" one day, as an antisemite the next. He believes today's Federal Republic to be illegitimate, he advocated conspiracy theories surrounding the 9/11 attacks and was widely accused of spreading homophobia with a hidden track on one of his albums. The song in question is Lied vom Leben where the lyrics go freely translated

"Once more I cut your arms and legs off, then fuck you in the ass like you do with the ittle ones.
You are killing children and fetuses, you just don't have the size and your little dick in control.
Why don't you like cunt?"

Oh my..... Why oh why? Or is it a plan to cause minor scandals in the build up for the contest, to gain attention? To say the least all this happened three years ago and the text to me more aimed to pedophiles than gays - the two things media so often like to link so wrongly.
Anyways, Xavier (44), also known as Kobra and Der Xer and Xavas, has released eight studio albums since 1993, five of them have topped the German chats. Further three live or compilations albums have also went to #1 so he does a good track record. He has also two #1 singles, Danke and Das hat die Welt nich gesehen. His latest is Mitten untern Jahr.
The song for Eurovision will be chosen from six entries he will present in the national final on February 18, 2016.


UPDATE: Indeed it seems his selection hasn't been that well received by German people: There's a petition to not to send him to Stockholm for his political views and not only....