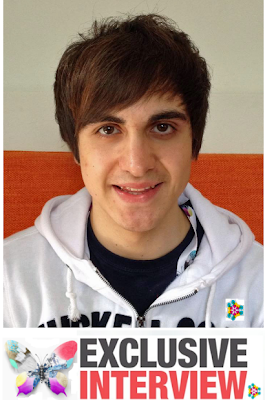 The voice of Belgique Roberto Bellarosa sat down with Bicycling reporter Robert. He may seem a bit shy and timid but he knows what he wants. Read how he took on the "December disaster" that was the Belgian song selection show, what his future plans are and of course, the already classic Blogilkar question: Who should sing for his country next!? 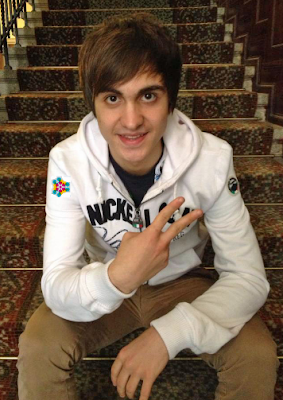 Thank you Roberto for this interview. You sing your song Love kills in English, have you considered singing it in French? Was English the only choice from the beginning?
The song was originally in English and we wanted to keep it that way as it is an universal language that is understood in many countries, we think it's important in Eurovision that people understand the lyrics and the story. But I would have preferred to sing it in French of course!
You feel more confortable singing in French?
Yeah! But I wanted to have a new challenge! To sing in English.
So after Eurovision you'll be back singing in French, this is just one off thing?
Yes, back to French after this. This was just one step.
How did you react when you were asked to do Eurovision, were you immediately saying Yes! or did you have to consider if it's wise and good for you?
No. I thought first that I was going to be one of the artists in the national final and I wasn't sure if I wanted to do another competition after The Voice of Belgium, I didn't understand right away that they had chosen me already! It was a misunderstanding and we only had to choose the song, not the singer! :-)
And when you realized that it is going to be you....
I was very happy! I'm very proud and honored to represent my country!
And have you followed Eurovision in the past?
With my family, yes! Not every year but many times.
So it's still a family thing with drinks and snacks..... Ha ha!  Let's go back to the song presentation show back in December. It was early in the morning, you were sick... I can imagine you were maybe hoping for a better show? You were a bit unhappy afterwards.... What was your reaction?
It was very difficult to me to have a positive reaction to my performance there. It was very hard for me as I got a lot of negative comments for it from many people. And I was judged by one performance only all over. It was very hard. But my team and my family helped me to get postiive and happy about it again. Then we decided to re-record the song as the one there was just a demo. So we took some time to rework it. 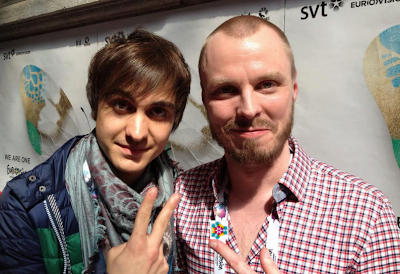 You flew to Finland where the composer Jukka Immonen lives to do that.
Yes, and I'm very happy now with it! I'm very proud to represent Belgium with Love kills, and it fits me. It helped me to forget the December performance and I believe we will be the big surprsie in the first semifinal when  people hear this version!
Are you happy how the first rehearsal went and how everything looks on stage?
Yes, in the beginning I felt a lot of pressure of the big arena but it's getting better and better, I'm very happy now. It was very good! The whole team is very happy, the dancers, the backing singers... It'll be better and better, I really enjoy it!
How do you feel just before you go on stage? Because in private you seem a little bit shy.  What happens to you when you go on stage and perform?
I just think about my family and my team, the past weeks and the hard work we have done, and Belgium of course and people who support me. Then I try to relax....
What are your plans after Eurovision?
I will start writing new songs and prepairing the next album. After the release of Ma voix I toured and promoted it from September to December and then came Eurovision.  So after Eurovision time is free mostly.
Do you have any favorite Eurovision songs?
Yes, of course. Fairytale I like a lot. Anf Me and my guitar of the Belgian ones. And Sandra Kim of course... and Pierre Rapsat!
Who would you like to see for Belgium in Eurovision 2016 when the French part of Belgium will be on it again?
I don't know! it's a good question.... maybe me? Ha ha ha!
What are your hobbies and interests outside the music world?
I like carting.... I play tennis. And I play a lot of music!  I have a studio at home, I compose songs, I play piano since ten years, I play guitar...
Is this the music style you will continue or is there a chance we hear a different kind of Roberto in the future, you have a classical background...
I don't think so. I don't think I go back to classical music, I like what I do now.
Thank you Roberto for this interview and good luck on Tuesday. See you in final!