DENMARK: LISTEN TO THE DMGP 2019 ENTRIES 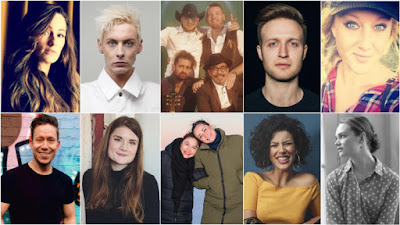 Denmark has revealed its cards today and there are some familiar names from previous DMGPs. Julie Berthelsen teams with Greenlandic Nina Kreutzmann Jørgensen and their song includes some Greenlandic lyrics. Should they won we'd get to hear that for the first time in Eurovision song contest. Otherwise the songs include lyrics in French, German, Spanish and of course Danish. Also familiar names among the songwriters from Tim Schou (Hold my breath) to omnipresent Laurell Barker (That vibe) and John Ballard (Dancing with you in my heart). Kiss like this moves Tarkan's ethnic classic to today's Latin sounds, and the rest of songs are the usual Danish bubblegum pop with a touch of country, and some a bit more modern efforts. Hard to think any of these doing any major damage in Tel Aviv's scoreboard.