EUROVISION: AUSTRALIA TO TAKE PART FROM NOW ON? 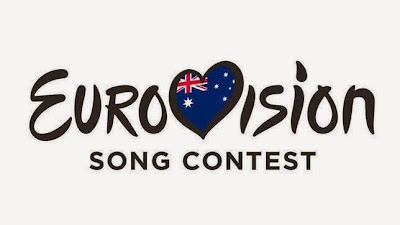 This piece of news isn't at all unexpected, as I have expected it all along: the talks about Australia only coming back next year in case they win has been only to calm waters so to speak until we see how it all goes. And it all has been going so well they might become a regular ficture from now on.
They’ve already proved more adept than most countries. Executive Supervisor of the Eurovision Song Contest, Jon Ola Sand has said that Australia’s efforts have been noticed and will be rewarded.
"Australia has demonstrated that it can deliver the good things, and the interest is huge in the country, so it is clear that we will discuss whether to extend the contest. This is not in place permanently, and we have not discussed the issue in the EBU Reference Group, but the idea is interesting." as Metro.co.uk reports. If Jon Ola Sand wants it, who would say no? This blogger backs up the idea. Australia has brought one of the top-5 songs and my favorites and takes it seriously enough, unlike some others. The only question in my mind remains: Should they be in Big6 or not? Maybe not.

2.1.15
Another year has passed and I can't but thank you all who followed me, read me, and in some cases looked at the post photos only. That's the case - I suspect - with the most read post, Serebro's naked photo must have something to do with it :-) Maybe that's the case also with the second most read one, as surprisingly it's the lyrics of Mikko Pohjola's UMK 2014 runner up Sängyn reunalla that came along with its tastefully bare video. And yes, also the third one might be helped by the photo, Twin Twin wearing nothing but their socks.... Finally at number 4 we have someone fully dressed up, Valentina Monetta's honest and bare confessions of her three Eurovision adventures as chatted in San Marino this summer at her house. At number five we have them again, Twin Twin. Naked again. I'm starting to worry about you readers.... or should I worry about my own editorial skills? Number six is quite a surprise, a Greek friend of Alkaios or Iakovos Gogua from the E…
Post a Comment
Read more

22.1.13
Update! Another thing got Swedes talking last night: Carola's boobs when she was giving away an award. This is not the first time her boombs cause headlines; her misfortunate adventures in the 80's in Japan wer explained with her boobs being too big for Japanese market. Ok.... Or was it the song? Anyways, Carola apologies and says she thinks the dress is stylish and elegant (even her friends said so) and she's a mature woman in her 40s, not a 16-year-old girl and looks like one.
The Swedish Oscars, Guldbagge awards were given out last night. Carola was there as a guest star to sing Barbra Streisand's The way we were when honoring the movie stars who passed away during 2012. However, the cameras were too much on Carola, not on the stars showed in photos in the background and that upset many viewers as that part of the show was to celebrate them, not Carola. Oh well...  The producer of the show tells in Aftonbladet the part of the show was made the same way last year…
1 comment
Read more