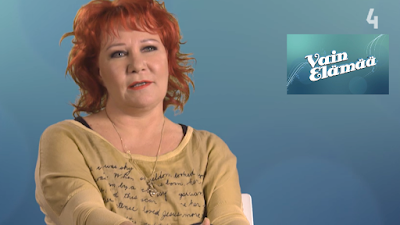 Virve Rosti has been around for 40 years already! Hard to believe but it's true. She scored her first hits in mid 70's (Kun Chicago kuoli, Tuolta saapuu Charlie, Näinkö meille täällä aina käy). More hits followed, mainy covers like Menolippu, Oon voimissain, Soita kelloain and Koputa puuta in the middle of 70's disco fever and the golden era of cover version. Two other good examples are Jolene and Rahaa, rahaa, rahaa. After a decade of hectic tours, hits and show biz she married, had a string of kids and concentrated on family life. 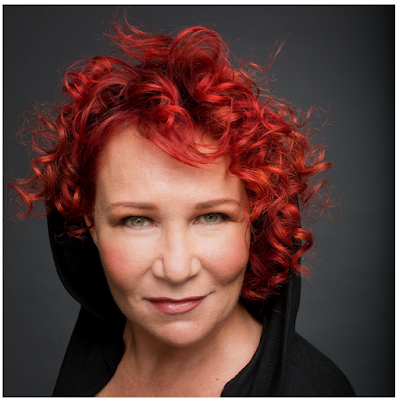 She made her comeback in 1987 when she was "fooled" to take part in the national selection for Eurovision song contest with Sata salamaa, "you will never win it anyways". She did win and soon enough she was back in studio recording her sixth studio album. Since then she has recorded albums every now and then (1992, 2000, 2007, 2014) but she's been always on the road and singing solo or in Menneisyyden Vangit with fellow Eurovision veteran Kari Kuivalainen (and wannabe Freeman). The band is very popular party band doing covers and of course their own hits from the 70s and 80s. They also recorded three studio albums between 1993-2003.
She has also done some entertainment reality-tv in the recent years like Kuorosota where her choir from Vantaa placed 4th. She was one of the artists in Tähdet, tähdet's first season as well.
Her other worthy songs include Sua kaipaan niin, and Eletään. Her latest recordings are  Hei, huominen, Leikitään
Now it's her time to shine in Vain elämää and she does have some great songs to offer for the others to cover and it will be very interesting if they favor her original songs or make use of her international cover hits instead?  And who is going to cover Sata salamaa? And how?
She's certainly no stranger to do cover versions of other people's hits so she's one to watch!