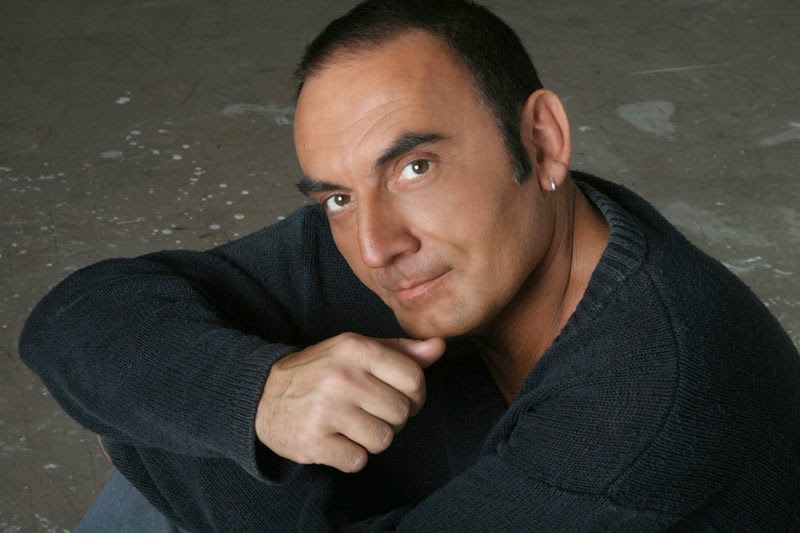 This is a sad day. Giuseppe Mango, or simply Mango suffered a heart attack last night during his concert while singing his first big hit Oro and didn't survive. Italy has lost one of its greatest voices and song writers. This blogger is particularly taken by the news as Mango has been one of my top favorite singers since his hit Australia back in 1985. Since then he has created his own style and released some fantastic songs full of Mediterranean flavor and heat of the south. The 1990's in particular were fantastic but also in 2000's he scored hits like La Rondine, one of his best songs ever. I was always keeping up the hope to see him do Eurovision one day..... His songs have been covered also my many foreign artists. His wife and mother of his two kids is Laura Valente, once a Matia Bazar singer.....
He also wrote a lot of songs for other artists including Mia Martini, Loretta Goggi, Andrea Bocelli, Scialpi, fabulous Andrea Mirò, Dennis Fantina and another big favorite of mine, Mietta. All in all he released 16 studio albums between 1976 and 2011, and also two albums of covers of other artists' songs in 2011 and 2014.
He did also seven Sanremos, including Lei verrà (1986), Tu... si (1990), Dove vai (1995) and his last in 2007 with Chissà se nevica. He also wrote for others artists for Sanremo like Mietta's Fare l'amore (2000).
His hits include Bella d'estate, Nella mia città, Mediterraneo, Giulietta, Luce, Ti amo cosi, Ti porto in Africa, La sposa and his last single, Scrivimi. One of his covers is also Franco Battiato's La stagione dell'amore together with him. Watch more Mango videos here.