Portugal - listen and vote the songs! 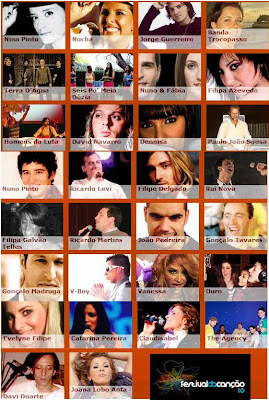 RTP has put the songs on line now and you can listen and vote them here. Ballads, and more ballads in offer, acoustic and ethnic, as if the synths were banned in Portugal this year which is quite refreshing in a way. Annoying Homens de luta have taken an early lead followed by Andrej Babic penned Canta por mim, which may be the winner. It's pop and uptempo and by far the catchiest and easist song in the list, which doesn't mean it is great. Vanessa is also doing well at this point.... Let's see how this develops!

UPDATE 22.1.: Homens de luta that were leading the poll have had the same fate as the leader in Spain, Popstar Queen: disqualified! And hooray to that!