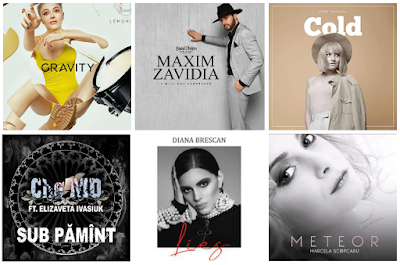 Moldova skipped the semi-finals and went for one-off final instead with ten songs due to lack of submissions and their overal quality. 28 made the live auditions where these ten were chosen. Then again, you only need one song.... I don't even try to guess who wins or have no idea who'd be the pre-contest favorite, with this lot it comes down to staging and live performance. I suppose though the winner is among those six pictured above.... Several familiar names taking part once again from Che-MD to Diana, Aurel and Vera.