SWEDEN: MELODIFESTIVALEN RUMORS - WILL WE HAVE 16-86 AGE RANGE? 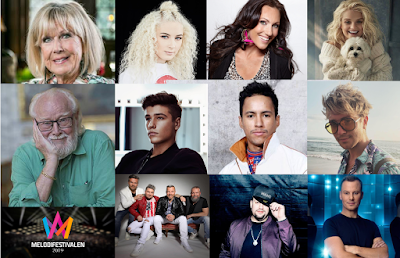 Melodifestivalen artists guessing goes wild when tabloids Afronbladet and Expressen try outdo each other in revealing the names before SVT does sometime in December most likely on November 27, 2018. So far we have a 15 year old Youtube star (he'll be 16 in time though) Bishara Morad in the list, as well as 86 year old Jan Malmsjö who could return to contest 50 years after his last appearance when he tied for the win with Hej clown co-written by ABBA's Benny Andersson but lost in revote.  Other rumored returnees are Arvingarna (ESC 1993). Ann-Louise Hansson (74) could return for the record breaking 14th time. She first took part in 1963 and last 2004. Her best placing so far is 4th (1966, 1969, 1973). Jon Henrik Fjällgren could become third time lucky having placed 2nd and 3rd already. Last year's 3rd placed John Lundvik seems to be back as well with other recent participants Anton Hagman, Nano, Polish Margaret and Wiktoria. Add ex-Barbados and ex-Alcazar Magnus Carlsson as well as ex-Alcazar Lina Hedlund and another Youtube star Vlad Reiser and another one from FO&O or Oscar Enestad (Felix Sandman came 2nd last year, and FO&O 11th in 2017. Maybe Omar wil take part next year then?)
All this said the one and only sure participant is The Lovers of Valdaro, winners of P4 Nästa.

Update 24.11. More names have been circulated before the announcement day is approaching. Eurovision veteran Martin Stenmarck should be in again, as are LIAMOO, Dolly Style (that keeps changing members like Serebro), Hanna Ferm, Rebecka Karlsson and maybe Petra Marklund. The surprise name on the list is Anna Bergendahl! It's about the time she gets back and I'm still shamed how Swedes treated her after her failure to qualify for the final 2010 with her wonderful This is  my life. If Swedes voted her to win Mello, they should have backed her even after Eurovision and not act like... err... Finns.... 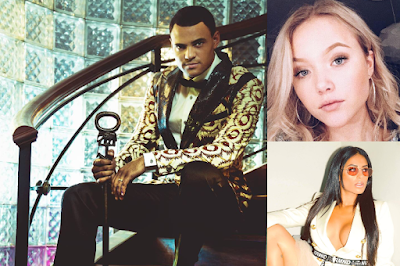 Update 26.11 Three more names included by press as certain entrants: only 15-year-old Malou Trasthe Prytz, Linda Pira and Mohombi, while Petra Marklund and Magnus Carlsson sem to be out...
Other circulated names include re-union of girl group Excellence, yet another Youtuber Ben Mitkus and Finnish veteran Arja Saijonmaa....